Family first.  A phrase that is often tossed around to make you feel warm and tingly but when it comes down to it, it is usually just lip service.  Meet Chris M. Williams.  He is the owner of CM Williams & Associates LLC and also carries the title of CGMA which means Chartered Global Management Accountant and is only given to members of the American Institute of CPAs who have attained a wealth of experience.  Mr. Williams brings his knowledge and skill to you in true family first fashion both in practice and service.

Mr. Williams was born and raised in Salem County graduating from Pennsville Memorial High School in 1995 and continued as a Dean’s List student and Presidential Scholarship recipient at the Richard Stockton College of New Jersey until his graduation in 1999 with a Bachelor of Science Degree in Accounting.  Chris was also a member of the National Business Honors Society.  It was in 2001 when Mr. Williams earned his Certified Public Accounting Certificate and was granted the coveted CGMA title in 2011.

After years of dedicated service to larger firms, Chris decided to build his own company around his own core values: helping clients understand their financials, minimizing clients’ costs and taxes, and last but very certainly not least creating strong and lasting relationships.

The family approach to business wouldn’t be more than an empty shell without real follow through.  Mr. Williams humbly serves his community through a bevy of organizations that he believes carry the spirit and good will we should all strive to radiate.  He is an active member of the Pole Tavern Ruritan and Salem County Sportsmen’s Club.  In addition to these personal passions, Mr. Williams also provides his professional services as Treasurer for the Woodstown Little League, the Woodstown-Pilesgrove Business Association and various tristate non-profits. Chris also enjoys his associations with the Salem County Chamber of Commerce.

Mr. Williams’ dedication to his community and clients is only second to his own family.  Should you find yourself interested in any of these associations or causes, please feel free to discuss your passions with Chris at your next meeting.

When Chris M. Williams, CPA isn’t busy master crafting financials for his clients, he can be found doing a wide variety of activities with his beautiful family of wife Melissa, sons Noah and Colton, and daughters Paisley and Hannah.  The entire family enjoys living in Woodstown, spending time on New Jersey beaches, and assorted outdoor activities.  Chris himself is avid fan of all Philadelphia sports.

You would think raising a princess (Isabella the dog), an emperor (Julius the cat,) and three boys (Nathan, Zachary, and Jacob,) Mrs. Deborah J. Maurer would have her hands more than full just trying to make time for herself and her husband, Bill. It turns out, however, that she not only enjoys accounting but excels readily at it.

Deborah J. Maurer was born and raised in Pitman, New Jersey. She knew at a young age that business was something she excelled at as proven by her ‘Best Business Student’ award upon graduation from Pitman High School.

When she isn’t buried in the books or enjoying time with her family, she enjoys all things tech, laughing for any reason, reading and movies.

Deborah has enjoyed over twenty-five years of accounting in both the private and public sectors and we are thrilled to have her on the CM Williams & Associates family. Her wealth of knowledge enhances our ability to serve our clients and her voracious continuing education translates into having a team you can count on to keep up with your financial needs.

Jamie Patrick became a member of the CM Williams & Associates team in January 2017, bringing with her an expertise in accounting.  In 2006, Jamie graduated from Rutgers University with a BS in Accounting, and she passed her CPA exam in 2008.  During her career, she has worked for three different public firms where she has cared for various types of clients — from SEC to nonprofits, manufacturing to retail, reviews to audits to tax returns.  She has also worked at a non-profit that builds/manages affordable housing for vulnerable populations in NJ, DC, Philly and Surrounding areas.

When she isn’t at her desk, Jamie is also a Yoga instructor, and she loves to be out on the boat with friends and family when time allows.  She and her husband Andy were recently married in 2015, and they now reside in Upper Pittsgrove.  Her philosophy is to be mindful, intentional, and present in every aspect of life, making the best use of the time and staying active. 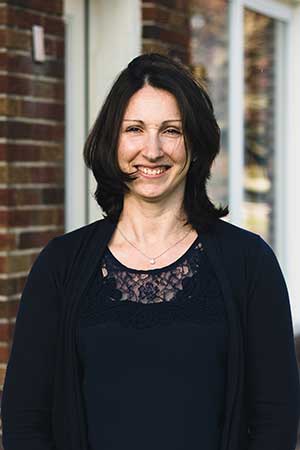 Kandice Maltman is a home-grown member of the CM Williams & Associates family, having graduated from Woodstown High School in 2000.  During her high school years, she acquired several accolades: member of both the National Honor Society and the Future Business Leaders of America, Senior co-captain of the field hockey team, and Peer Leader.  She later attended Widener University to obtain an undergraduate degree in Accounting, as well as completing a co-op program working at ACE Insurance and interning at Cigna International. She also played field hockey during her freshman year and has continued to play on various club teams since.

In 2004, Kandice accepted a position at KPMG as an external auditor where she worked on mutual funds, universities, colleges, municipalities, hedge funds, and financial institutions for almost 4 years.  After leaving KPMG in 2008, she began working as a personal trainer and group exercise instructor at Bally Total Fitness, and later advanced to a training manager position at Future Fitness, where she currently works as a personal trainer in their Turnersville and Mullica Hill locations.  She obtained her initial personal training certification through NASM in 2008 and has continued to obtain additional certifications ever since, including TRX, Spinning, Group Exercise, Zumba, Sports Performance, Corrective Exercise, Sports Nutrition, Senior Fitness, Cancer Exercise, Yoga, and Golf.  She specializes in corrective and functional training for a range of clients, including children, women, and men with varying goals and medical conditions.

Kandice continues to remain active in the field hockey community not only playing, but also serving as referee and performance coach, hosting her own field hockey camps, and volunteering for a local clinic.  For her time off, she enjoys spending time with friends and family and riding the Harley with her husband. 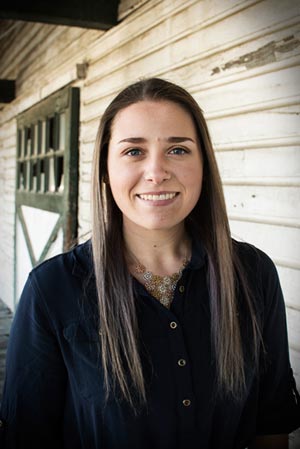 Courtney Miller left the glamorous life of a waitress to join the CM Williams & Associates team in a secretarial capacity in the spring of 2016, and was recently named their client service coordinator.  She grew up in Pittsgrove, where she and her family still reside, and graduated from Schalick High.  Holding an AS in Exercise Science from RCGC, she is now studying Athletic Training at Rowan University.

Over the years, Courtney has traveled to Honduras, Brazil, England, Italy, and Paris for a variety of ministry and sightseeing, helps coach a U-18 girls soccer team with her dad, and is the dedicated caretaker for a cat named Tumblr.  She enjoys both watching and playing sports, and loves the friendly competition of a game of “Ticket to Ride,” in which she debilitates her opponents with a “Choo choo!” every time she lays track.